There is no secret that the Kardashians are some fucking trash built off of a staged sex tape that for some reason Ryan Seacrest decided was a really marketable family, so he got them their own reality show, at the right time, securing what would have been barely relevant afterthoughts of the OJ Simpson trial, or Paris Hilton, but instead they blew the fuck up….because they were the right level of trash at the right time and they launched a social media marketing agency when social media just started with the “brightest” Minds to run their fat lazy rich channels…creating some billin dollar empire of literal shit….

Anyway, the most followed family, that America Loves because America is broken and this should have been the first clue into that when they firs happened 10 years ago….continue to be trash as they finger each other’s assholes on social media because they are weird, incest driven, inappropriate garbage that have won at life, that believe their own hype, and you are all the fuckers who created them or allowed them to be created….tragic really.. 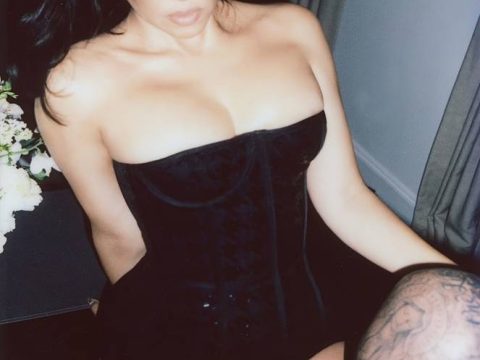