Belle Delphine
is back….with the best fucking video I’ve ever fucking seen, I am actually mad that I didn’t direct it, because if I did, this would be enough for me to bow down, legacy complete…instead I just write blogs about this shit for you losers..

The story is, Belle Delphine disappeared for 7 months, apparently she got arrested for vandalizing a girl’s car for stealing her hamster, maybe she took a break, after becoming the biggest fucking deal in the AHEGAO GIRL movement, which is the reddit girls with their tongues out, eyes rolled back, in silly bright colored wigs and costumes. Some ANIME shit for the nerds.

She decided to move into the ONLYFANS world to continue her trolling of the BETAS and she’s making over 150k a month on that shit.

Her comeback tour, launched with this video is a reminder that LIFE is still wonderful and GOOD things still happen and I’m not even into that whole AHEGAO shit, it’s fucking odd, I am just into solid trolling that bitch can monetize proper…it’s a fucking win…a genius win….this is the kind of creativity I like in my whores.

Shoutout to STEPFATHERPRESENTS for putting this up first….to offend all the WOKE people by confusing them with “CULTURAL APPROPRIATION” claims while supporting “Sex Worker” and “Feminism”…trying to decide what they hate more…fucking idiots..

The post Belle Delphine is Back of the Day appeared first on DrunkenStepFather.com.

Additional pictures from Belle Delphine’s Cindy Aurum cosplay set. The very first picture focuses on her butthole. Can’t lie – we really like the first photo. All the other ones are kinda meh in comparison.

She does expose her asshole and boobs in this gallery here, but we don’t get to see it cuz it’s censored and we are NOT willing to pay Belle. With that being said, enjoy the photos right here. 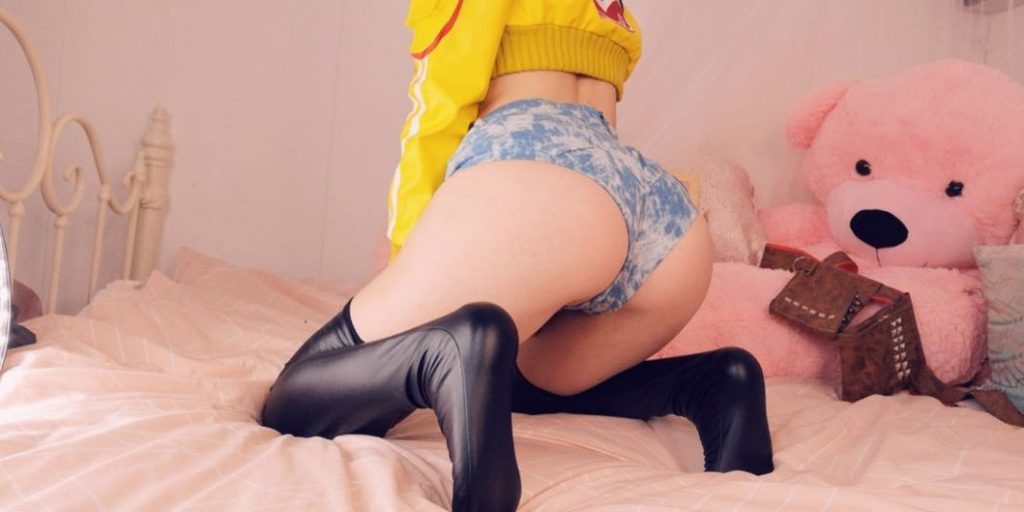 Nude Belle Delphine pictures from Snapchat. The girl makes a living by teasing neckbeards that are into anime or manga or whatever. She deliberately acts cutesy despite having no personality of her own.