Lottie Moss is not Kate Moss’ daughter, but probably wishes she was. I have a feeling that Lottie Moss doesn’t even have the same last name as Kate Moss, but uses it as a “NOM DU PLUME” or stagename because it’s familiar and she can ride off that, but even if she does have the same name and her story of being Kate Moss’ half sister because they have the same dad, thus the last name, she has zero physically in common with the iconic model.

Now, I’m old school and I like real women…I also hate fat chicks so I like skinny women…which is why I’ve always liked models, or traditional models because they had to be tall and thin, some bust, some fit, some just skin and bones, but never fat….

So when I see some doughy, face injected, possibly fat from stomach injected in ass and tits, because that is considered “Day Spa” treatments in this era of all these people are fake as shit, I see the waist to hip ratio, I see the body, but I just can’t see past the desparation to be followed, liked, jerked off to, etc.

It’s all so much trashier than when Kate Moss was an It-Girl just doing coke at fashion parties and getting paid, and I typically like trashy, but not when it isn’t treated like trash, but instead as some “influencer”…

The post Lottie Moss Bikini of the Day appeared first on DrunkenStepFather.com.

Lottie Moss is really not hot at all. I know she’s had her moments as the short, reality star, with far too much BOTOX looking like a Kardashian or any fucking influencer craving attention, you know the look I mean, they all have it…but she was always just a mooch, mooching off Kate Moss’ last name, because they are apparently half siblings, which is lucky for Lottie, since without Kate Moss no one would even notice her average fucking look.

I’ve also never seen Lottie in pictures with Kate, so I’m assuming they’ve never met despite the dad having knocked up what must be some homeless prostitute or obese woman that got that fat gene up in their offspring, but luckily for her, she got the last name because a last name in this era is enough to actually matter…people care who your famous relatives are, they’ll even put you on a reality show for it!

Anyway, the tabloid attention seeking whore that will never be Kate Moss or have anything remotely near Kate Moss’ legacy and will forever be an afterthought so far in the Kate Moss shadows, is flashing her panties so they say…and this is the pic….

The post Lottie Moss Panty Flash of the Day appeared first on DrunkenStepFather.com.

POINT being….the Kate Moss affiliated to get as much Kate Moss clout as possible, despite being a chubby reality star with a muppet looking face, like all the girls of her era, and not the luxuriousness that is TOP MODEL kate Moss….but she puts those big tits out there…in her panties because everyone’s an exhibitionist slut.

The good news is, she’s not protesting BLACK LIVES MATTER!

The post Lottie Moss Gratuitous Underboob of the Day appeared first on DrunkenStepFather.com.

I like to think that Lottie Moss had no idea what she was doing when she put on a romper that makes her look like some kind of midget stripper with all her “curves” or “cellulite’ as I call it pouring out of every fucking seam….but the reality of it is that all these people are calculated and the second she realized who her half sister was and what her name meant…she decided to make it work for her….

She isn’t ugly, she looks like she’s got some great tits, and I am not easily offended by a fat ass and upper thigh cellulite, it’s almost par for the course if you’re a hetero male, most women have it, it’s something to do with the whole birthing process and their love for cake and sitting around gossiping when the husband is out to work….it is built on estrogen….

ButI am sure Kate Moss would have been disgusted by this back when she ran heroin chic, when she was killing it as a drug using glamorous, celebrity fucking, rock and roll fucking, legend with her model tits out all the time….you know because she is quoted for saying “nothing tastes as good as skinny feels”….which clearly Lottie doesn’t care about becasue there is photoshop…THICC is in…and Black Lives Matter enough to put their big black dicks in their mouths like they are living in a hip hop video because that’s where pop culture is at and clearly she’s trying to pop culture.

So this is for the paparazzi, marketing tactics, a pussy hugging, ass hugging, titty hugging piece of clothing…but I think she’s got panties on…which is a pain, cuz I’m into seeing the meat….if you’re going to go this far…KEEP GOING…..don’t fucking stop at the panties to be wholesome…or maintain some integrity…it’s been free the nipple all this time, no bras needed…but what about FREEING the clit…what the fuck…the Brits so trashy, yet refined.

The post Lottie Moss See Through Bodysuit of the Day appeared first on DrunkenStepFather.com.

She really looks nothing like Kate Moss, I guess she got the stripper whore gene, while Kate got the Luxury Fashion Coke Whore gene…but who are we kidding, they’re both whores using their whore ways to get paid…..and we should celebrate that…cuz we like tits.

The post Lottie Moss Nipples of the Day appeared first on DrunkenStepFather.com.

Lottie Moss is Kate Moss’ half sister who went to space….

In the sense that they are the polar opposites from my perspective, kind of like how the Kardashian / Jenner’s position Kendall and Kylie as one being high fashion and one being hip hop car show cam girl….only in the Kardashian/Jenner case, both are equally trash that happen to be rich…that make us sick….while for the Moss’ they are both lovely in their own right…

They are more like the genetic sisters who have the same dad, but one was living the life of luxury as a model while the other one grew up in the projects, where she aspired to have the fame the sister had, or used the fame the sister had to get ahead, only getting ahead meant being a Glamour Model or being on a reality show, to live out that trashy existence off the fancy coattails of her sister who is old enough to be her mom.

The post Lottie Moss Nipple Pasties of the Day appeared first on DrunkenStepFather.com.

Lottie Moss is Kate Moss’ trashy reality star looking, Glamour Model acting, barely a celebrity or an influencer, who has that celebrity or influencer muppet looking face, and body that could be of a fat chick who gets LIPO and other weird treatments when getting the face injections.

She’s so far removed from Kate Moss as far as I’m concerned, whether they share DNA or not, I’m the kind of guy into the skinny, iconic model and her tits, and no so much into some mooch fuck who looks cheesy and plastic as fuck.

HOWEVER, this is being marketed as her having a nip slip, I’m assuming that shadow is her nipple, and funny enough she zooms in on it, because she knows she’s a whore mooching off her sister’s name to get to the low level fame she’s got.

I like it, even if it looks so artificial and lame.

The post Lottie Moss Nip Slip of the Day appeared first on DrunkenStepFather.com.

Lottie Moss is Kate Moss’ sister, making the family proud by using the name to produce low level influencer style content because I guess she didn’t have the look or the size to be an actual model….the truth is I always joke around about how she’s never actually met Kate Moss since they are half siblings, maybe at a family funeral or some shit, so that riding off Kate’s name that is rightfully her name too, is just a convenient angle…

I also like to assume that Kate Moss being the legendary model that she is, is this fancy and classy woman of luxury who fucks Johnny Depp like she was Amber Heard before Amber Heard was even born, but that bitch is probably trash too….and what’s wrong with trash…without trashy girls getting naked would LIFE be worth living….obviously not….

The post Lottie Moss Topless in a Lace Thong of the Day appeared first on DrunkenStepFather.com. 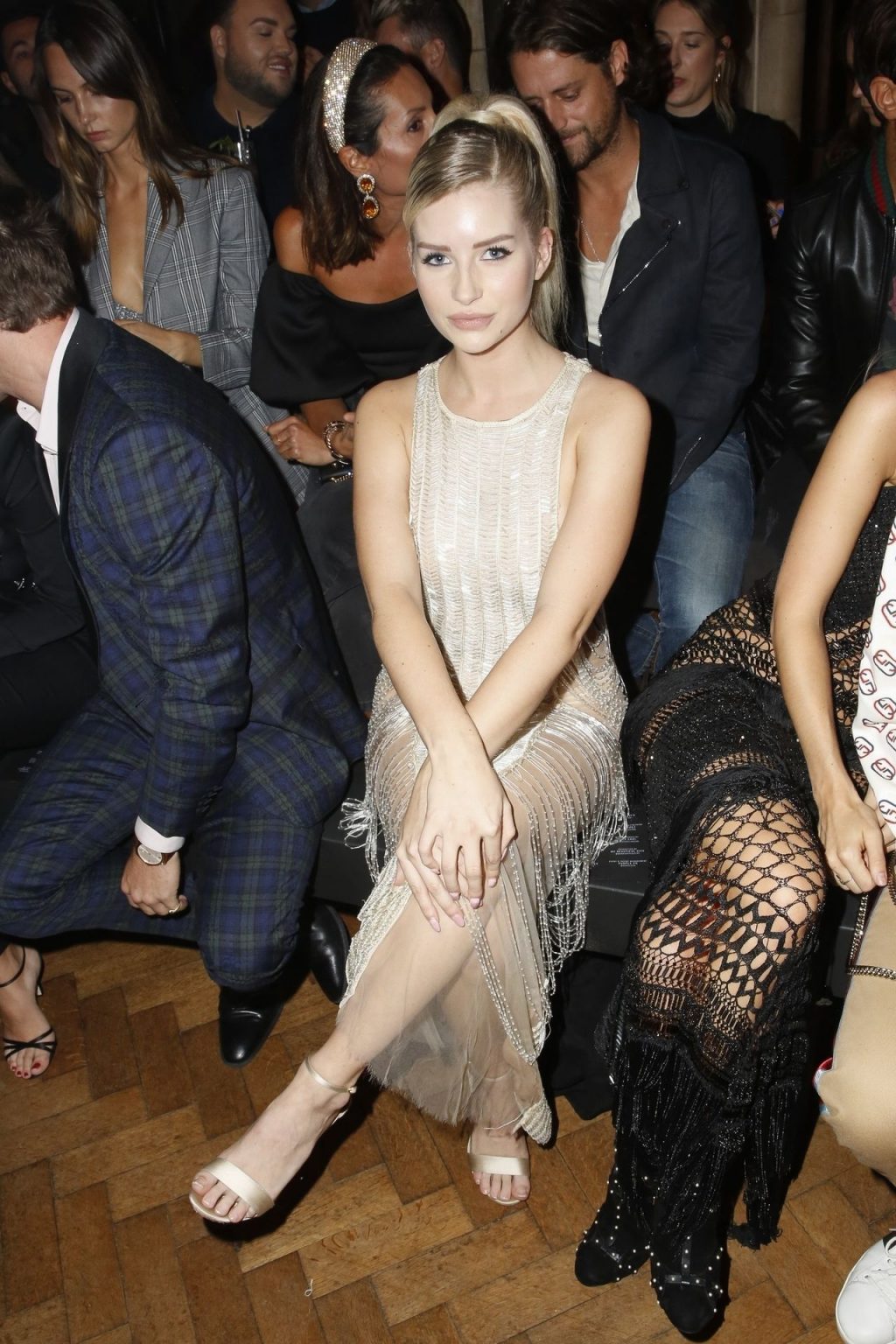 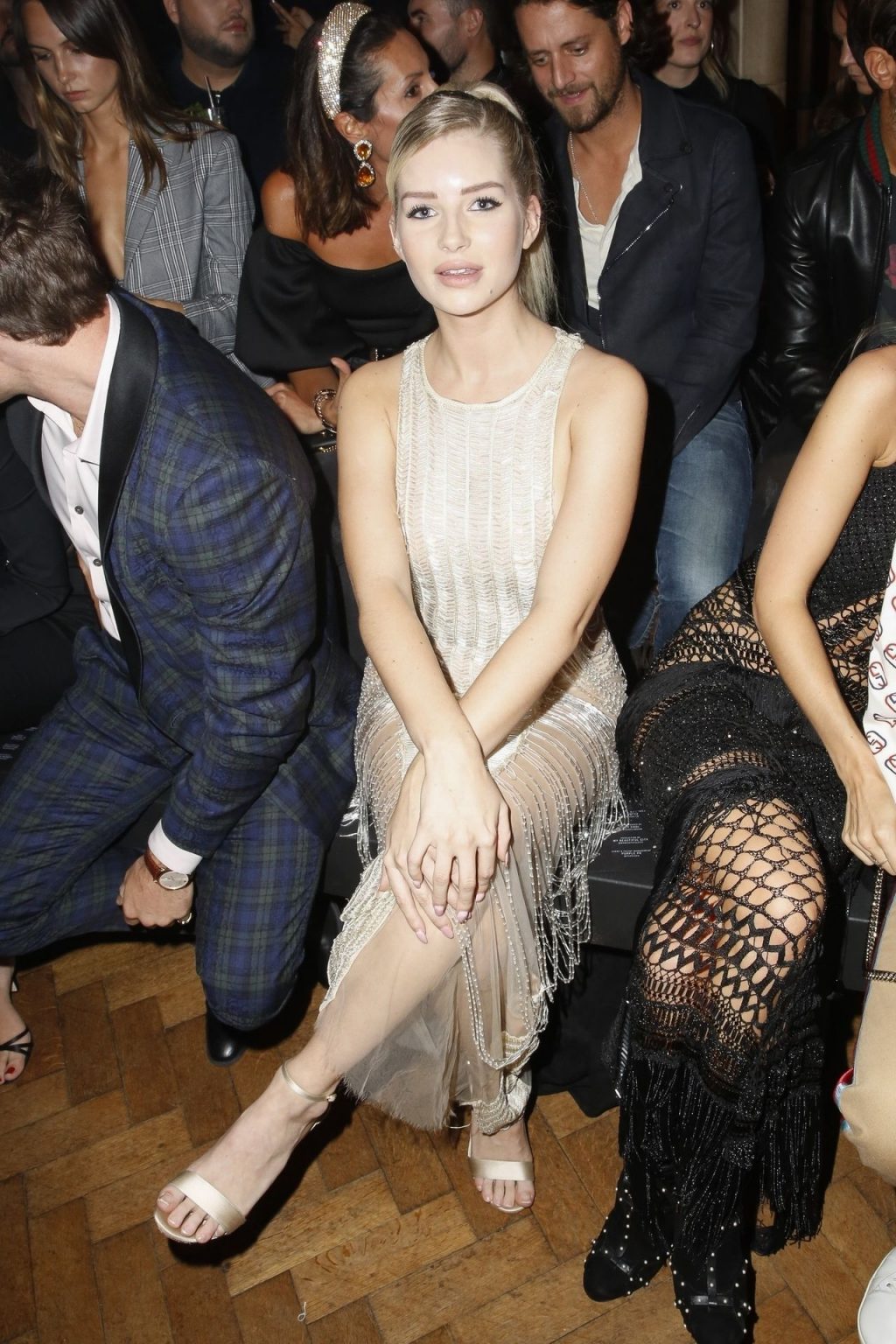 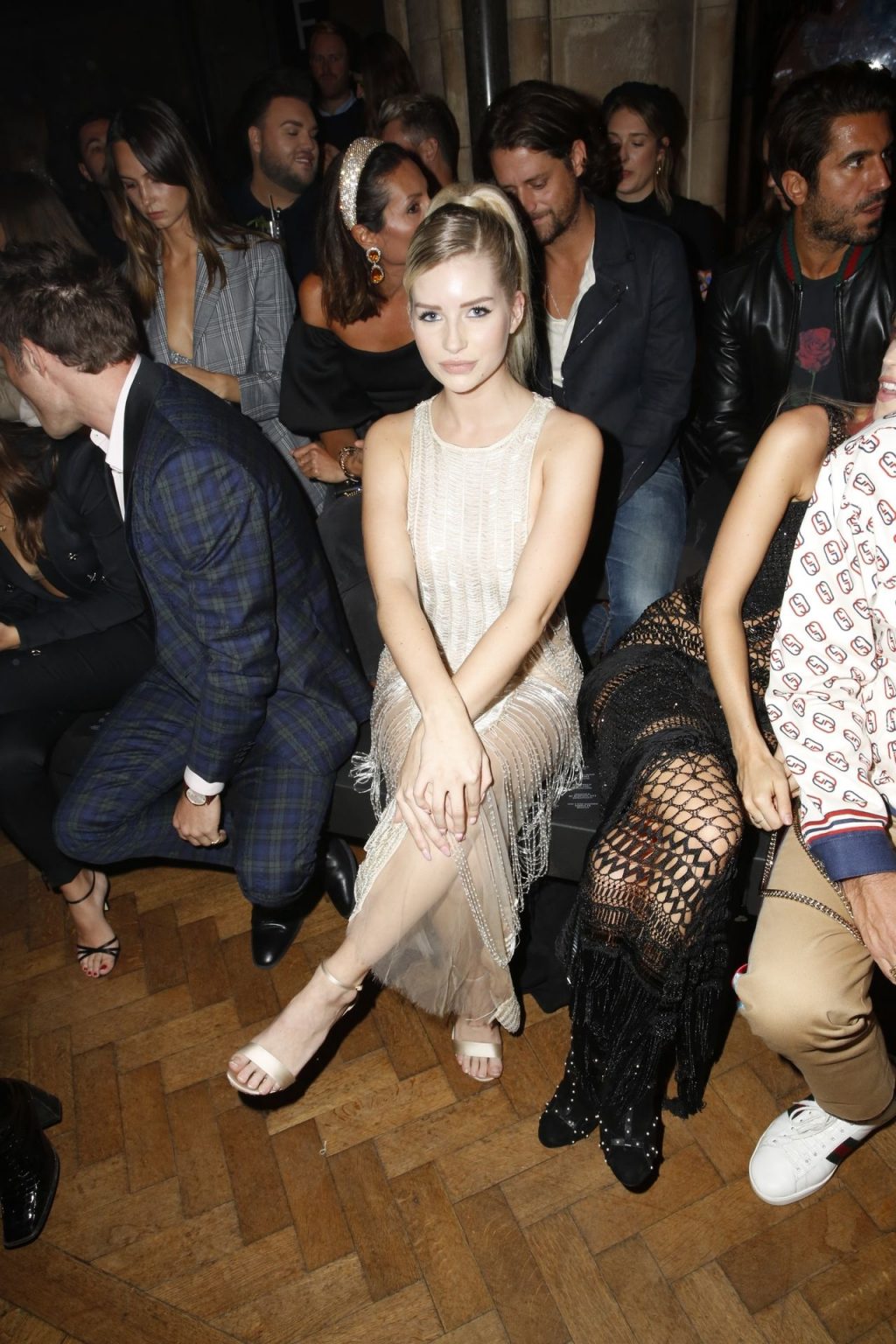 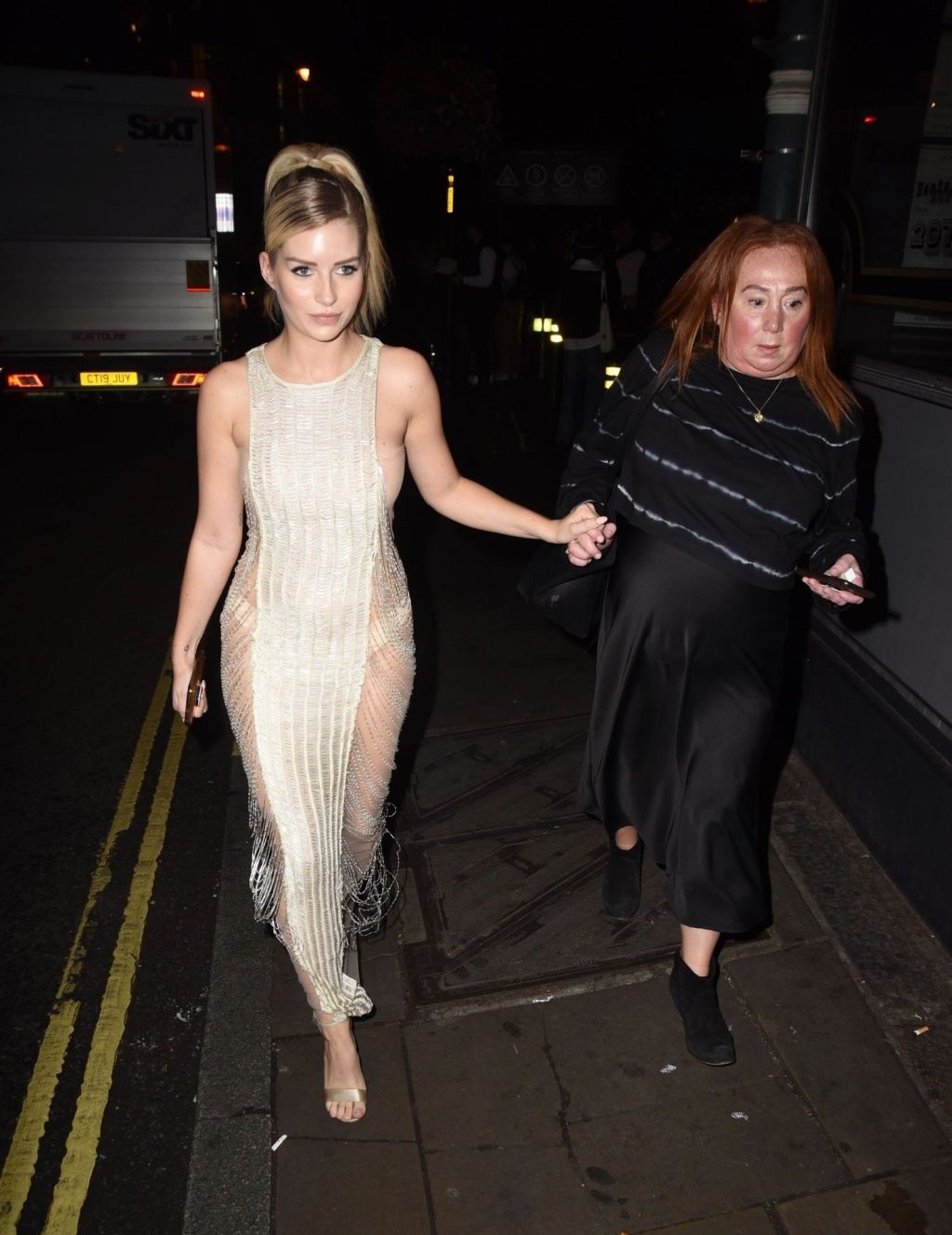