I hope she’s got some SPF on that thing, because otherwise she’s got to watch out for the CUNT AGING….during a time we are avoiding Contagions…

I don’t know where I am going with that, a homeless guy I just yelled at to social distance from me as his crackhead ass got alarmingly close in this era we are to fear each other…said I am not “CONTAGIOUS” but I DO LOVE CUNT.

So I’m ripping him off for you….realizing he’s a better comedy writer than I’ll ever be because I don’t really know how to write…or be funny..but I can post pics of celebs I have heard of but don’t remember because I don’t care enough to remember…like Peyton List…in a bikini airing out her cunt for her fans. I don’t know why, probably a “Mid yoga handstand look how fit I am next to my pool while you can’t afford a pool cuz you’re not Peyton List”….but I just call it a bullshit excuse to post a pic of her ass she wants you to see. 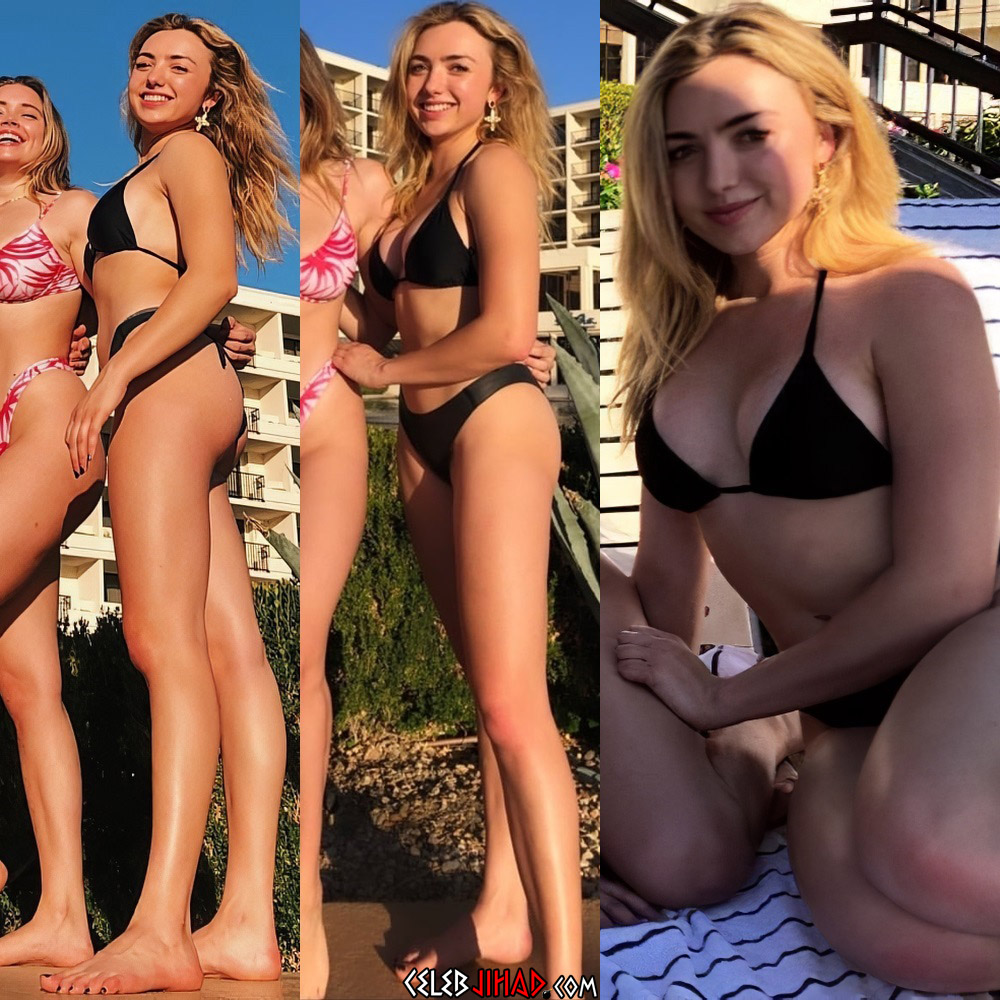 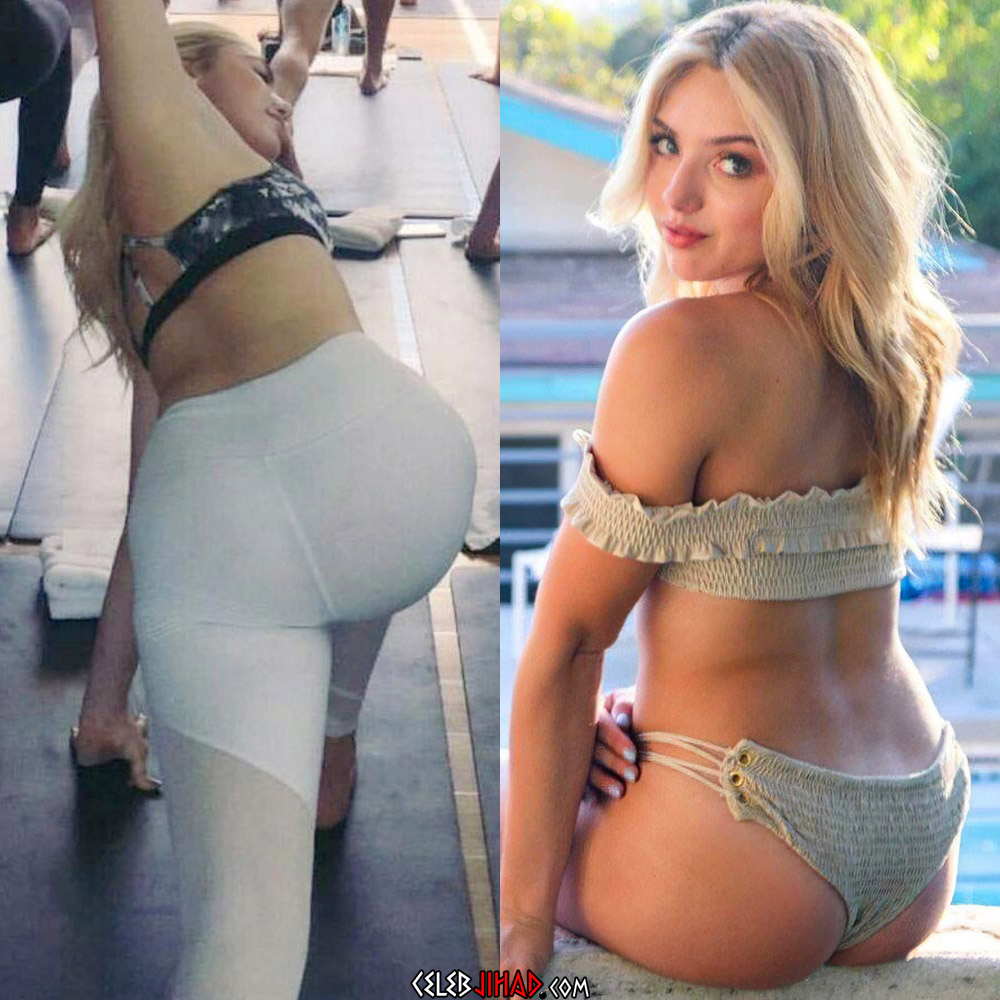 Frankly with the way she parades around her taut posterior with those dewy innocent eyes, its amazing she hadn’t been filmed getting her sphincter stretched sooner… You better believe that if Peyton was a pious Muslimina a tunic snake would have slithered up her shitter a long time ago… Which is yet another benefit for women who follow the one true faith.